When Billy Joel’s song “It’s Still Rock And Roll To Me” turned out to be a hit in 1980 around my eleventh birthday, I remember wanting to figure out the lyrics because they seemed to describe a sort of half-condemnation, half-praise love of all things rock & roll, no matter the form. There was a four-line stanza in particular that I didn’t really understand at the time:

“How about a pair of pink sidewinders
And a bright orange pair of pants?
You could really be a Beau Brummell baby
If you just give it half a chance.”

It turns out that George Bryan ‘Beau’ Brummell was a mid-19th century English clothier who helped modernize men’s fashion from the overly ornate look that we think of from that era, to the more streamlined look that heralded the modern suit. Through my vinyl collecting over the years, however, I ran across the San Francisco band ‘The Beau Brummels’ from that 1960s mod-inspired era with their sleek, trendy attire who seemed to have loads of fun wherever they went. I figure Joel had directly alluded to the guys who created these albums below (and others!). I love the design aesthetic, as I seem to with a lot of the art that graced the covers of music from that the 60s and 70s (as you’ll see this post as well as the one before and after). Hoping to do some photo shoots with my La Junta crew and emulate the vibes here! 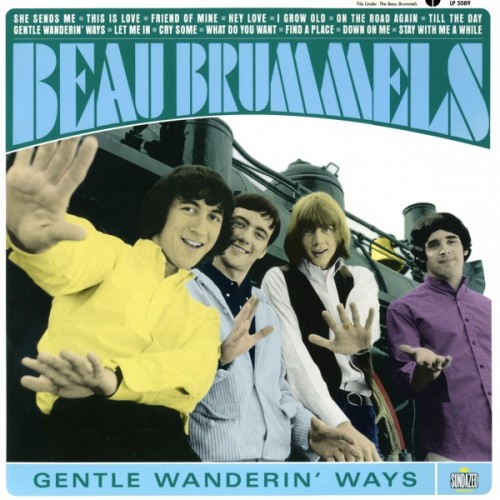